On 9-10 April 2016 in Vadym Hetman Kyiv National Economic University was held an academic conference “UN Model 2016” supported by the Ministry of Education and Science of Ukraine and the UN Office in Ukraine.

Information partners and sponsors of the event were the NGO “Poruch” and the trade mark “Askold”, which provided tea-breaks and prepared interesting prizes for the most active participants.

The conference was attended by students of junior and senior courses from the universities all over Ukraine, who were divided into groups of 5-6 people representing a determined country. Each participant group also represented its country in one of the main committees of the United Nations:  Security Council, UNESCO, Economic and Financial Committee, Legal Committee, Administrative and Budgetary Committee, Disarmament and International Security Committee.

At the beginning of the event participants were welcomed by Deputy Minister of Education and Science of Ukraine Inna Sovsun and Head of International Cooperation and European Integration Hanna Novosad, who said that this initiative is very interesting and instructive. The main part of the event began with ambassadors’ welcoming speeches and presentations of their countries. Then started the work in the committees, where each of the delegates made a report on specific topic and discussed worldwide urgent issues.

This academic conference was attended by students of Vadym Hetman Kyiv National Economic University and volunteers of the NGO “Poruch” Svitlana Pozniak and Anastasia Bezhevets. Svitlana represented Egypt in UNESCO and expressed the country’s position on the issue “Protection of World Heritage in conflict zones”, while Anastasia represented Kazakhstan in Economic and Financial Committee and discussed on topic “The impact of the shadow economy in developing countries.” Girls worthily represented their countries and were among the most active participants.

Participants proficiently demonstrated their public speaking skills, easily operated with the legal documents and offered meaningful and constructive solutions to the urgent issues and showed good teamwork skills that helped them to write resolutions with joint efforts. The last step was the adoption of resolutions in the UN General Assembly, which were developed and written in each committee during the second day of the conference. 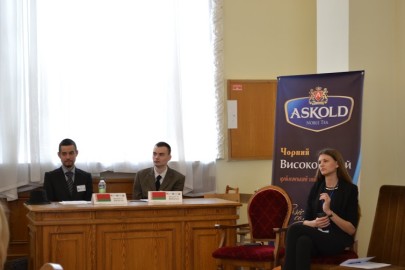 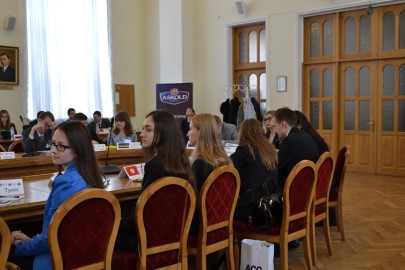 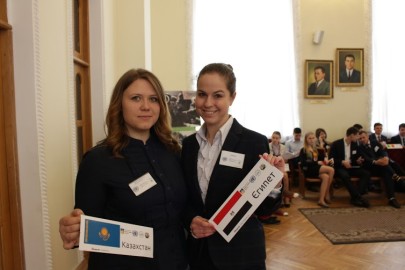 Join us in interactive brunch with international expert Karolina Mazetyte!

Consultants of IOM - near