The inhabitants of Sviatohirsk united for changes in their town 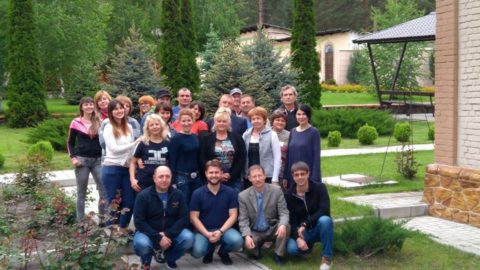 The first step is always the hardest, as people facing the unknown world of problems and situations.

Rejecting all fears and pessimism is one of the first steps for uniting the community of the city that was made by a team of activists from Sviatohirsk, Donetsk region. United for the Charitable Foundation “Sonyachne Misto”, the community decided to set up a Center for Supporting Public Initiatives in the city of Sviatohorsk, which will teach people to create new public organizations and develop existing ones to interact with them, to explain and help them in writing grants, to conduct trainings with the involvement of experienced specialists. Financial support for the implementation of this idea was provided by the International Association “Association of Municipalities of the Netherlands” within the framework of the project “State Building and Accountability in Eastern Ukraine”. 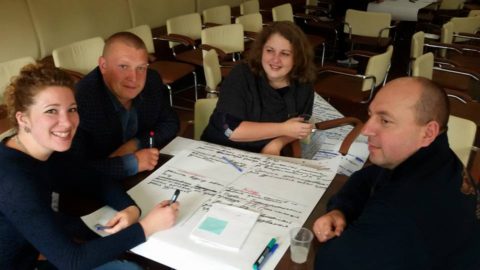 Activists of the NGO “Poruch” also decided to support the public activists in their future activities. So on May 19-21, 2017, in Sviatohorsk the expert of NGO “Poruch” Oleg Serynak conducted two trainings on topics: “Analysis, monitoring and evaluation. SWOT Analysis and Project Management “. The task of the training was not only to form the skills of writing and management of projects of local activists, but also to strengthen the belief in the ability on their own to solve the urgent social problems of their community. The enthusiasm and creativity with which the participants of the training prepared and presented their first project mean the huge potential of the community of Sviatohorsk, which should be developed and maintained in the future.

The NGO “Poruch” is always next to those who changing themselves, change Ukraine by making small steps. Together – we are the power!

Facilitation session for the communities of Donbass

"SCHOOL OF VOLUNTEERS" in Pokrovsk

Contact base of free psychological help for soldiers in ATO, Ukraine