Volunteering – a movement that changes society 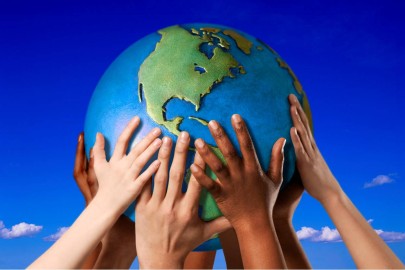 In the developed civil society voluntary association are intermediary between the state and a wide range of society, ensuring public control over all branches of government. Preventing monopolization of authorities in different areas of public life, volunteers help to solve social, economic and cultural problems of society. In addition, these associations influence on the national economy, increasing national income and creating jobs.

Although there is a lack of data and comparable statistics, research suggests that there has been a general booming trend in the number of volunteers all over world (and particularly in EU-countries). In these countries, the growth rate of the nonprofit sector contribution to GDP exceeded the growth rate of GDP. This is due to an increased awareness of social and environmental issues, involvement volunteers in the delivery of public services, increased activity of older people, and changing public perceptions of volunteering.

The greatest development volunteering gets in the USA and Canada, where more than 50% of the population is involved in volunteer activities. Volunteering is included in the calculation of seniority. Many American and Canadian families have volunteer dynasties. They work in the service sector, hospitals, religious organizations, educational establishments. In recent years volunteers have been involved in patrolling districts and emergency response.

About 100 million Europeans participate in volunteering, that is 5% of GDP of the European Union. Many European countries have long-established traditions of volunteering, mutual self-help and civic participation. According to a report of the European Commission, the highest level of volunteer activity is observed in Austria, Sweden, the Netherlands and the UK, where more than 40% of adults are involved in volunteering. 3-5% of GDP is the contribution that volunteers get to the national economy. However, in other European countries volunteering is less developed. In Italy, Bulgaria, Greece and Lithuania volunteers are less than 10% of the adults. This discrepancy can be explained by historical features or the type of social security systems in some countries. In addition, the level of economic development has a significant effect on the organization of volunteering.

Common barriers to volunteering remain lack of information about volunteering, time pressure, and scarce economic resources.  The negative image volunteering still has in countries where it was once a “compulsory duty”; which predetermine a lack of  legal status and protection for volunteers; and visa restrictions for non-EU citizens.

According to the results of international research conducted due to declaring 2001 the International Year of Volunteers, the UN recommended in resolutions all countries to take into account the need for development of volunteering in their programs of social and economic development, to eliminate barriers to volunteer activities, to provide legal status and social protection for volunteers. Ukraine makes first steps to state support volunteering. On March 5, 2015 the Law of Ukraine “About changes to some laws of Ukraine (regarding volunteering)” was passed. It takes into account the interests of all volunteer initiatives and organizations that involve volunteers in their activities. Law brings closer Ukrainian volunteering to global standards and becames a significant step towards partnerships between volunteers in Ukraine and the government.

Studying the best practices of civic engagement in the U.S.

Opening of the volleyball court with the support of NGO"Poruch"