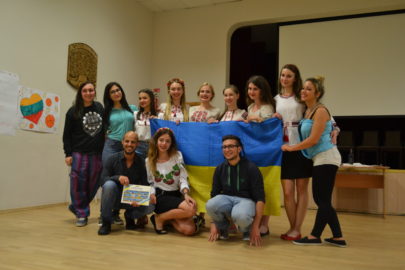 On July 5-14, 2017, a group of volunteers from the NGO “PORUCH” represented Ukraine at the “Musical Trip Through European Cultures” project, which took place within the framework of the “Erasmus+” exchange program in Lithuania, near city Telsiai.

NGO “Poruch” was one of the partner organization of the project.

This project aims at an international youth association through common activities, involving participants in creativity, studying the cultural characteristics of different nations, promoting solidarity and tolerance among young people. The topics of the project were dancings, music and theatrical art. 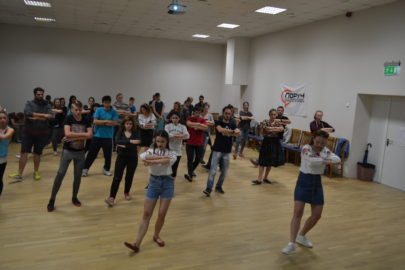 The main idea was to unite the efforts of all project participants to create a united theatrical act on the actual problems of society.

The youth exchange program included various techniques and exercises based on the principles of non-formal education. In addition to preparing the main performance, the project was saturated with various workshops, which united all participants into a single team. Each country represented its culture, life, history, traditions at national evenings. During the Ukrainian evening, activists had the opportunity to sing folk songs, taste Ukrainian cuisine, learn the elements of the “Hopak” dance and play folk games.

During the training, the Ukrainian team conducted a dance studio on different styles of choreography. Participants had an opportunity to take a rest from the intensive program during a trip to the resort town Palanga, enjoy the sea air and walk through the old and charming streets of the city. The most interesting moment was the presentation of common work during the preparation for the project, where the activists showed their creative abilities and had an opportunity to express their vision of the most actual problems of contemporary society through artworks. No doubts that this project has become a special event for each participant in the search for something new and indifferent.

Assistance at the frontline